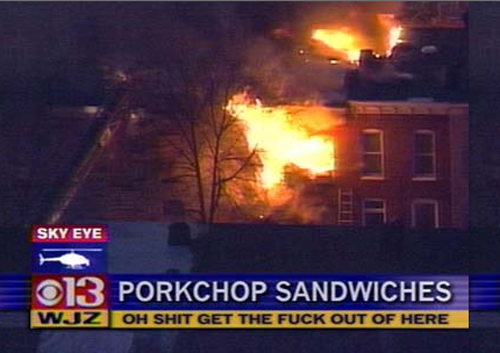 This happened at the end of last winter, in Red Hook, Brooklyn. Normally I am nowhere near Red Hook, first because it is near nothing else and also because it is turning more hipster by the day, if not minute. But I was grumpy, so I went and did something out of the ordinary.

Now, there were two days that were unseasonably warm, just gorgeous, at the end of winter. This caught us New Yorkers unaware, which is the theme for this story. No one was out on the streets enjoying the day, as they would normally be if there was any reason to believe that the weather would cooperate. It was a ghost town, in broad daylight, which makes for an unusual scene in New York City.

As I walk down the street I hear someone calling after me and a young woman starts explaining how she is canvassing for some cause. Perhaps others are different, but I have negative levels of patience for people soliciting for my time. There are just too many causes and too many liars canvassing on the streets. But I am stuck, as there is no one else around, as the sole focus of her attention.

She starts to explain that she has never canvassed before, which basically makes me lose any sympathy that I at least hold for my fellow human. If you are going to canvass, do not waste my time and especially do not make me your guinea pig. So I excuse myself and say I’ll be on my way. But she asks if she can walk with me. I agree to this and she starts telling me her story.

She’s nervous, she rambles, and spends the next few minutes patching together one of the craziest New York stories I’ve ever heard. Apparently she has ventured the few blocks that separates the Red Hook projects, where she lives and is one of the forgotten hellish places in the city, to the hipster waterfront, full of 20-somethings from Ohio roasting coffee and distilling craft whiskey. She made this trip of only a few blocks, but of a huge cultural divide, as a last ditch attempt to save the last community center, already slated for closure, in her neighborhood.

It is not just the huge jump in random shootings, but the targeted drive-by where her friend lost her pregnancy and the complete neglect of the city and police that has forced her to make this trip. She has no idea what she is doing and I am the absolute first person that she has run into: there is exactly one name on her canvassing sheet, her own. For a few seconds, when I realize the gravity of the situation that I am in, I am completely flabbergasted. This is someone that really needs help, who has been failed systemically, and is asking me to do something about it.

Now I have neither the money nor political clout necessary to do anything at all. I can’t even sign her paper as I am not a Brooklyn resident. But I may actually be the single best person she could have ran into.

I tell her, after she has poured her heart out over the last few minutes, that she has to get her story down to about 30 seconds or else no one will listen to her. Her face drops to the pavement, but I continue, “and here is exactly what you say… ” and hit her with a distillation of all her main points in about 20 seconds. I even add a little rhetorical flare, giving her the core of what she needs in order to talk to anyone in the city. She goes from completely crestfallen to incredulous as I speak, and unconsciously starts to back away from me (really – she looked almost scared at that point). As I finish I say “Good luck, now you know what to do,” and leave her, eyes wide, mouth agape, and possibly with a chance.